The Boundless Benefits of Surfing on Life

In many ways watersports are the ultimate outdoor exercise as they are both a cardiovascular and strength building exercise. Alongside the physical benefits, there are the positive health effects that being outdoors can have on the body, mood, and outlook. It should come as no surprise that publications like Entrepreneur.com consider surfing the perfect foundation for leading a successful life.

The key to leading a happy life is to be healthy, and surfing is considered one of the best exercises for staying in good physical health. A CSUSM article on surfing notes that the movements involved in mounting a surfboard and keeping balance enhances your mobility, endurance, explosiveness, core and upper body strength. These are all huge components of leading a healthy lifestyle.

Exercising outdoors offers a number of health gains and surfing is arguably one of the best sports to reap the sun’s benefits. One of the biggest health benefits is through the body’s absorption of Vitamin D3. This vitamin aids the biological functions that improve bone health and even a person’s metabolism. Having a fair share of sunlight regularly can also fortify your immune system and boost the production of endorphins which are mood enhancers. Of course, it’s always important to apply ample sunscreen when you’re out there catching waves.

Real World Example: From the Screen to the Waves

Beyond the health and fitness benefits, surfing can also have a profoundly positive effect in terms of how you see the world and carry yourself. For example, actor James Franco has maximized the sport to elevate almost every facet of his life. For Franco everything starts with the philosophical lessons surfing offers: “being out on this large body of water just floating. Out there you are forced to submit and surrender to something bigger. Then these waves come to pick you up, and you are now part of something bigger than yourself. It forces me to be present.” 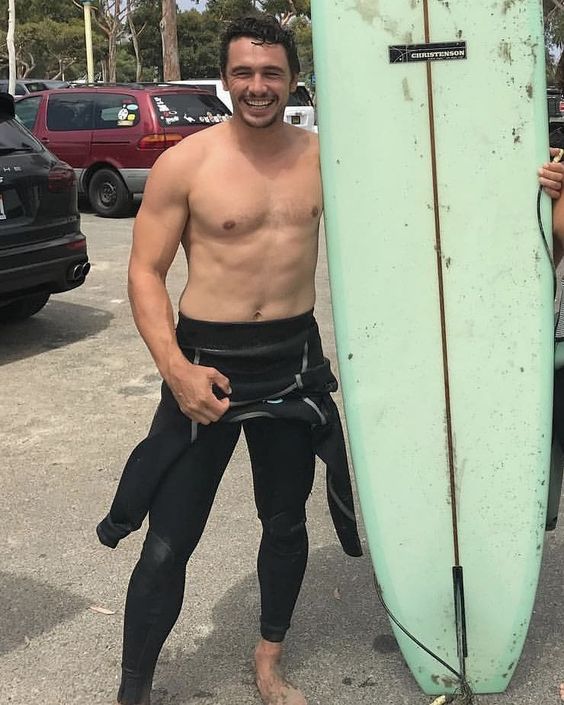 This mentality, which was born out of riding the waves, helped him become more focused and wise in terms of his career decision-making. The 39-year old artist-auteur recently starred and directed the critically acclaimed The Disaster Artist which has been garnering significant awards season buzz. Moreover, Franco has been known to be a key part some of the most famous movie franchises in all of film history: Spiderman and Rise of the Planet of the Apes. After the disaster that was the Tim Burton 2001 Planet of the Apes, the franchise looked dead in the water. That was until the Franco led reboot started what is now considered one of the best modern film trilogies. The influence of the Franco film can be seen both inside the film industry and out. The Planet of the Apes slot featured on Slingo showcases artwork and graphics from the Franco-starred installment and is a testament to how seriously and popular the franchise is taken now. It wouldn’t be surprising if Franco goes back to revive more Hollywood movie franchises, especially if he continues with his surfing philosophy of “surrendering to something bigger.”

There is a reason that surfing is considered to be a perfect lifestyle to follow. No only does it keep you fit and healthy, it can help you refocus and change your outlook on life, which will in turn lead you to push yourself harder and further in all aspects of life.

We review the 360fly 4k camera for kitesurfing and for only $300 it's incredible!
Gear

ZIGFIN – The best fins for kitesurfing?

Changing your fins is one of the most cost-effective ways to get more performance out...
Gear

What kite gear do you use? Keahi De Aboitiz

Freedom Kitesurfing interviews the king of wave kiting on his gear of choice.