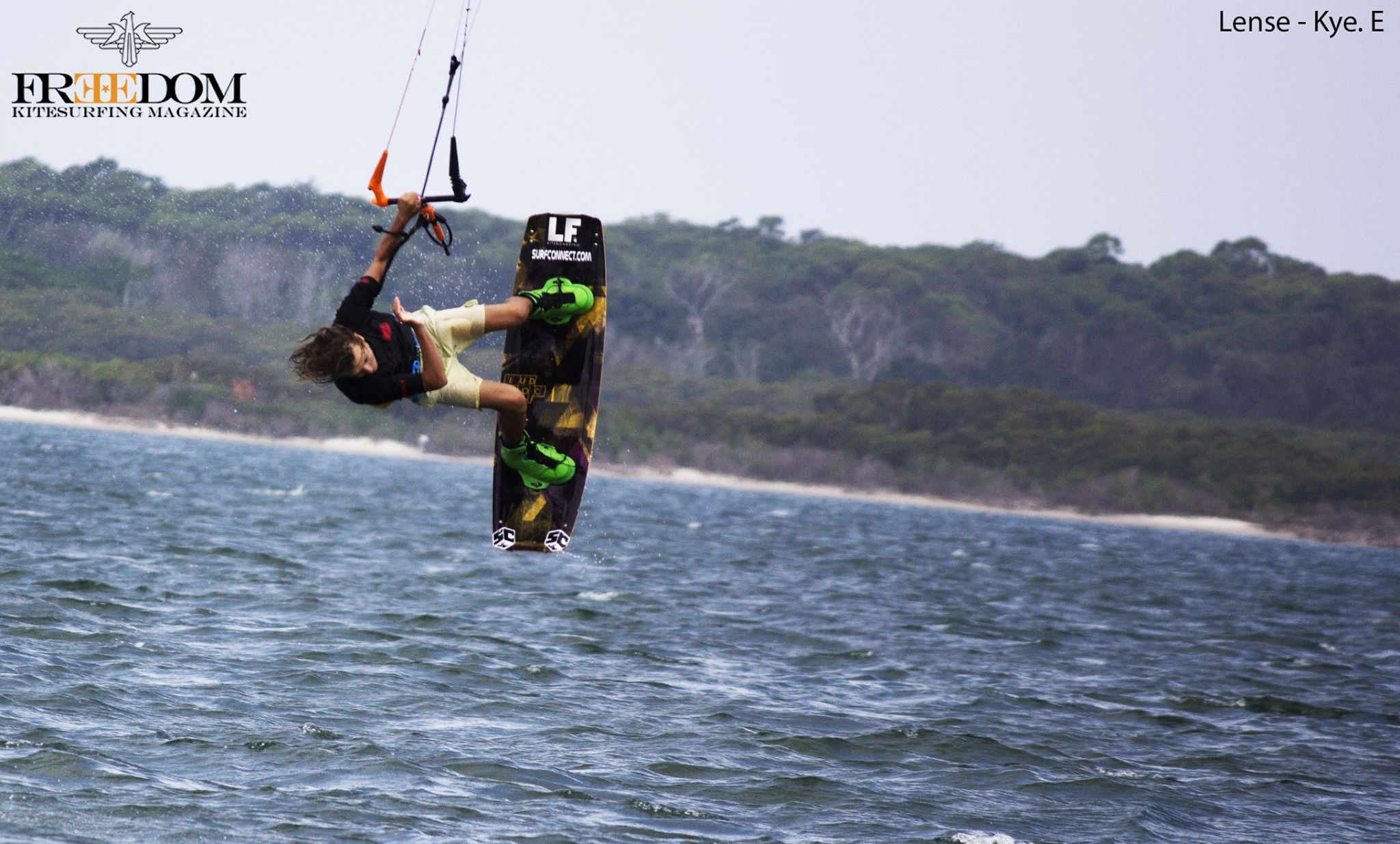 Manny Blanch in the Juniors heats mid front to blind, giving his sponnos the exposure they’re after!

Nationals update – Day 1. Kye Evans had a day off today, so he reports for us on day 1’s action in the juniors and Under 18s divisions.

The 2015 kiteboarding freestyle nationals started off with a bang. We kicked off the event with the Juniors single elimination, Aaron Kenny from Victoria took it out followed up by Manny Blanch and his twin brother Jono. My favorite trick from Aaron was good old style back mobe. In some gusty light winds and choppy water all the Juniors managed to pull off some impressive tricks – well done groms! In the Under 18’s division Luke Smith was the highlight. He was pulling out some insane tricks for his first heats including a S-mobe 3 and I can’t wait to see what he’s got for later in the event. The Mens, Womens and Masters division did not get run today.

Heats start tomorrow morning at 8:30, starting out with the Under 18’s single elimination finals then moving onto the Mens division. See you there!